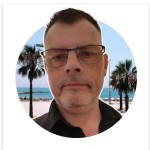 Facebook has long since been my favoured social networking site. I’ve never really been able to get on with twitter. It always felt too restrictive to me and harder to engage.

However as Facebook has become increasingly hostile to it’s users, handing out 30 day restrictions for the heinous crime of calling someone an “idiot” (because the individual was clearly an idiot) is becoming a regular thing.

This 30 day ban has given me the push to look more seriously at Twitter as a traffic and income creation platform. There are a growing number of people who are making a considerable income just from their efforts on twitter.

Twitter is very much like a swan, in that you don’t see most of the “action”. What you see on twitter is not where the money is made.

With twitter most of the money is made through direct messaging. So if you’ve ever had experience in sales twitter is the place you would thrive.

As with most things there are skills you can learn that will help you to up your game. There was one course that kept popping up as highly recommended. So when it came with a discount code, saving me 50%, I grabbed it.

I’ve got to say it’s worth even more than the full price. So I got an absolute bargain.

This course also gives information for monetisation of Instagram.

In this course you’ll learn the basics of affiliate marketing, how to use analytics to improve and track your results, you also get tweet templates (personalise these rather than just copy n paste)

The course creator made $10,000 in 6 months using the tactics covered in this course. And many of those who have purchased, and implemented what they learned from, this course are doing very well for themselves.

So if you’re interested in learning how to make a great income from twitter I highly recommend you pick up this course http://bit.ly/Twitterfortune

And I’m not recommending this just for the commission. Because it’s vital that I only recommend quality. If I don’t you’ll never trust me again.

Make Money Without a Job

Speak money to me

The fastest way to get a massive email list